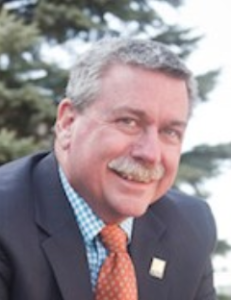 Nolan E. “Skip” Kuker, Jr., age 55, formerly of Logansport, passed away at 9:59 a.m., on Sunday, January 6, 2019, in Hancock Regional Hospital in Greenfield, surrounded by his wife and two sisters.

Skip graduated from Paul Harding High School in Fort Wayne, Vincennes University, Indiana State University and Indiana University, culminating with a Master’s Degree in Public Administration along with the coveted Certification in Economic Development from the IEDC.

Economic Development became his career choice and concluded as Executive Director for Hancock County, for almost six years. He worked with many companies bringing almost a billion dollars of new investment and over 3,200 new jobs during his tenure.

Skip received a long list of awards during his life, including the New Economic Developer of the year award in 2007 from the International Economic Development Council; the Fortville/McCordsville Chamber Nolan “Skip” Kuker Community Service award; Gold Cord for service and academic honors award at Vincennes University; and the Bell award from Junior Achievement. He was most proud of the State of Indiana’s highest award, the Sagamore of the Wabash in 2017.

Cancer took his life, but he kept a sense of humor through it as much as possible, at least he thought he was funny. Often the joke was about himself. His life was filled with much joy and happiness.

He was preceded in death by his mother Constance M. Kuker and grandparents John and Irma Kuker and Patricia and Raymond Miller.

The family requests in lieu of flowers or blankets, that donations be made to the Nolan “Skip” Kuker Scholarship at the Hancock County Community Foundation, 312 E. Main Street, Greenfield, 46140, which is an annual award for deserving students; the American Cancer Society – Rhoades to Recovery, 5635 W. 96th Street, Suite 100, Indianapolis, 46278; a tree planted somewhere, a meal for someone in need, or a note to his daughter, Jordan, about how you knew him.

A Celebration of Life will follow at the Wooden Bear Brewery at 21 W. North Street, Greenfield.

Kroeger Funeral Home, Logansport, is in charge of arrangements.

A memory or message of condolence may be left online by visiting www.kroegerfuneralhome.com.